“The crisis as a history accelerator : the rise of gig economy platforms between 2008 and 2020” 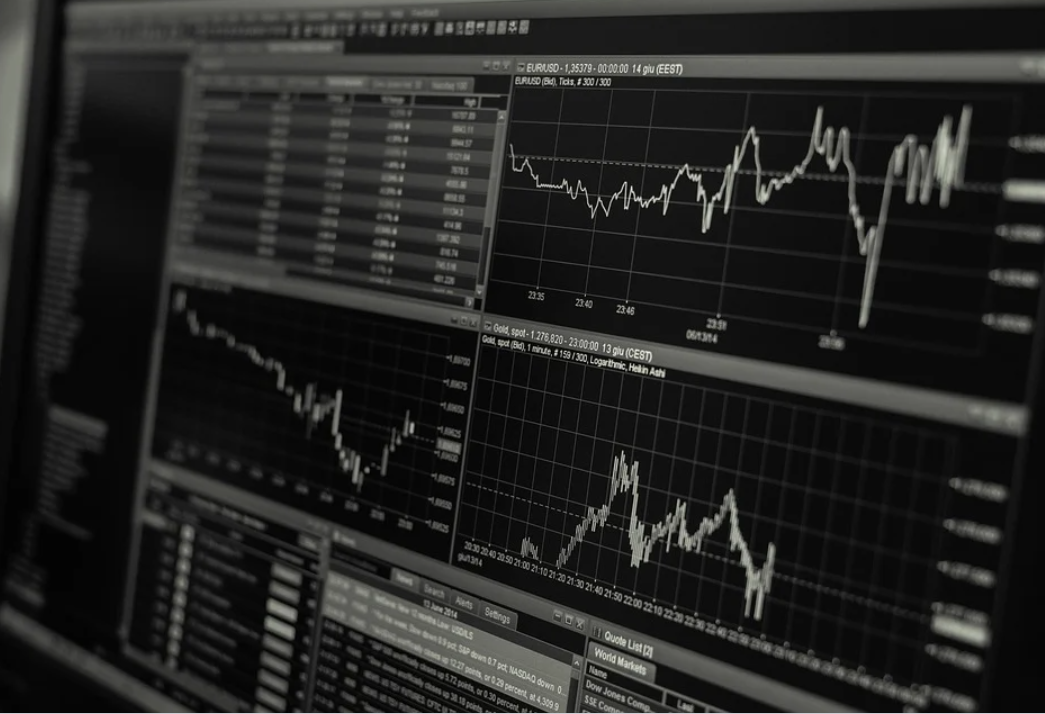 While food delivery services and e-educational institutions reacted smoothly and benefited from the temporary closure of physical infrastructures, mobility platforms paid a higher price as shelter in place orders and travel restrictions were enforced. Yet, since 2008 these new organizations – which can be defined as multi-sided digital platforms matching labor force on one market with their customers on a per-service basis – have grown exponentially.

Within the platform economy cenacle, gig economy platforms are to be defined as a subset of the larger platform economy concept ; and to be differentiated from sharing platforms (Drivy, Airbnb, Turo, Blablacar) and online marketplaces (Amazon, E-bay, Priceminister). This article will explore the origin of gig economy platforms and the dynamics of their growth since 2008, their ability to extend to new sectors (manufacturing, logistics, insurance) and assess their perspective in the light of the current crisis. We will also demonstrate that far from going bankrupt in an era of health crisis, the gig economy platforms demonstrated surprising adaptability capacity despite nuanced financial results.

I. The impact of post-2008 dynamics on the growth of platforms :

Following the subprime crisis in october 2008, the International Labor Office (ILO) estimated a year later that nearly 20 million jobs had been destroyed while 45 million workers were at risk of being excluded from the labor market (ILO report here). It appears that gig economy platforms challenged the existing assumptions and taxonomies to qualify corporate entities as numerous workers contracted with these growing digital platforms to secure professional transitions. According to the French economist O. Montel, one should firstly consider two elements to properly define these new entities: (1) the digital nature and (2) the ability to immediately connect large crowds and substitute the existing trade relationship between a production structure and the consumers.

Ultimately, they can be seen as third parties channeling market interactions through technological tools. Taking these factors into account, it is critical to assess if labor statistics reflects this phenomenon in countries which have been the cradle of the gig economy. Adams, A., J. Freedman and J. Prassl touched upon this point in 2018 – evaluating the need to reframe legal taxonomies for the gig economy in the Oxford Review of Economic Policy. Using the United Kingdom’s example, they noted that even though the majority of the country’s workforce was still employed directly by firms, 40% of the growth in employment between Q1 2008 and Q3 2016 could be attributed to raise of self-employment as one in seven workers declared self employment as their main form of economic activity. They also identified the parallel phenomenon of “incorporation” as representing 14% of employment growth on the same period and marking the generalisation of the company owner-manager profile.

Gigs are concentrated in certain industries and metropolitan areas :

In the United-States, I. Hathaway and M.Muro point out a significant uptick of non-employer businesses – a proxy for self-employed contractors – after the 2008 financial crisis in sectors impacted first hand by the rise of the gig economy. In ride-sharing for instance, non-employer firms grew by 69% between 2010 and 2014 whereas payroll employment only grew by 17%. Even though such hyper-paced growth has not yet materialized across the entire US economy, it is worth noting that for each non-employer firm in 1997, there were 9 payroll employees when this number was down to only 6 in 2014. Despite these trends, a Labour Force survey estimated in 2018that the share of gig employment accounts only for 1.0% of total employment. Hathaway assumes that this could be a consequence of the concentration of gigs in certain industries and metropolitan areas.

These tendencies reflect both the institutionalisation of micro-employment forms which already existed – the normalization of outsourcing as a means to reduce costs – and their acceptance by suppliers and engagers of labour who reinvent new forms of “gigs”. In a similar vein, the French economist Olivia Montel suggested in her report on the economics of platforms that this new form of economy did nor amount to a “radically new breakthrough” even though its model “continues, combines and multiplies dynamics already at work for the most part since the 1990s”. The most striking example, also studied by I. Hathaway, remains the limousine and taxis industry in San Francisco, which shows a clear shift of activity from payroll workers to independent workers a decade before the apparition of UBER . From a social policy perspective, this new phenomenon has been criticized in Ken Loach’s last movie “Sorry we missed you” where he describes the struggle related to a family’s attempt to survive in what the movie-maker considers as the precarious world of low-paid jobs.

Questioning the mere idea of the “everyday entrepreneur”, the movie-maker descrives the labor law flexibility niches and begs the question of the cross-sectoral scale of this phenomenon. We believe that the subprimes crisis proved to have accelerated the gig economy growth as it has enhanced new employment models and increased the labor supply dedicated to platforms (especially in specific geographical locations like the United Kingdom).

II. In the context of economic crisis resulting from the pandemic, the gig economy
remains limited to specific sectors and still has a nuanced impact on employment :

On-going academic debates on this subject-matter reveal two trends of opinion with regard to the gig economy perspectives, the Covid-19 crisis being a momentum which will reshuffle these forecasts. Many observers expect the gig economy to keep expanding across existing sectors, redefine current manager-employee relationships and reframe institutional labor frameworks. On the other hand most reporters point that the gig economy will remain compartmentalized to certain sectors and will therefore have a nuanced impact on employment.

The latter trend can be illustrated by Neil Irwin’s pessimistic approach to the gig economy. He argues  hat Californian measures to treat the gig workforce as conventional employees and regulation attempts will considerably limit the growth of this specific economy in the mid-term. His argument is relevant in the sense that this new type of labour force mainly disrupted specific sectors such as food delivery and urban transport services (statistics to add if we want to reinforce this argument) to be linked with 1-3% of GDP represented etc. This approach underestimated the expansion potential of the gig economy, though specific industries seem to have predisposing factors facilitating the business penetration of platforms.

In a time of crisis, gig economy platforms offer opportunities to secure transitions :

In a working paper of the OECD named Gig Economy Platforms : Boon or Bane ? C. Schwellnus, A.
Geva, M. Pak, and R. Veiel identified that these companies are present in more than half of the occupations in which the share of self-employed workers without employees (categorized as own-account workers) is above 90th percentile of the distribution of occupations. This tendency declines gradually according to to the level of occupations by share of own-account workers showing a correlation between pre-existing functioning modes and platform expansion. This position should be nuanced though as the success of on-demand services in these industries have progressively expanded toward more traditional industries like hospitality and logistics. In an era of structural unemployment, the gig economy transformations are more likely to be seen as opportunities to secure transitions and reduce inactivity levels.

The concrete impact of gig economy platforms on the nature of employment of sectors it has massively invested remains subject to a lot of controversy. However, it is commonly accepted that these platforms have somewhat improved the competitiveness of said sectors by leveraging information technology and being able to provide a more efficient service at a lower price point. An example is increased driver hours and matching efficiency in ride-sharing and food delivery. Using US county-level data from 2011 to 2016 (the same data used by Hathaway in his study on non-employer firms), C. Schwellnus, A. Geva, M. Pak, and R. Veiel studied the evolution in the nature of employment within a wide range of industries impacted by gig platforms (ride-sharing, delivery services, janitorial services, child day care services, personal and household goods repair maintenance).

Their empirical analysis disproves that the entry of gig platforms and the subsequent growth in non-employer firms had a negative correlation with dependent employment. Taking these various examples into account, we support the assumption that the gig economy platform model will not disrupt the majority of the branches of the economy even though the Covid-19 crisis highlighted the resilience of these organizations.

III. Digital platforms will benefit from the post Covid-19 cris on the mid-term :

The debates on the future of work have remained blurred and fragmented, as economists struggle to
define a universal methodology to assess the impact of digital technologies on labor markets. T.Malone, founding director of the MIT Center for Collective Intelligence and professor at MIT Sloan underlines that on-demand economy powered by smartphone adoption accelerated further the division of labor while leveraging underised time and asset capacities. These two important trends are to be linked with the larger automation revolution reflected in forerunners like Uber which already envision a ride-sharing platform system with no drivers at all. The Covid-19 crisis has given a new dimension to the debate on the future of work, often sanitary, forcing companies to reinvent corporate habits which benefited to technological services providerss.

Even though it’s far too early to draw the consequences of a sanitary and economic crisis sharpening budgets and underlying growth rates of productivity, the on-demand platforms experience differing  results since march 2020. While ride-sharing and smart transportation companies like Uber, Lyft, Lime and Bird suffered heavily from containment measures (14% to 30% layoffs of their global payroll), players like Frichti, Grubhub, Doordash and the Eats service of Uber experienced a silver lining of business due to rapid behavioral shifts and the need for the catering services to insure a partial income.

From a philanthropic perspective digital platforms have seized the opportunity to contribute to the economic continuity. The US based ride-sharing platform Lyft launched the “LyftUp Scooter Critical Workforce Program” to provide health workers, frontliners and transit workers with free scooters trip in Denver, San Diego, Los Angeles, Metro D.C and Santa Monica. Microsoft and LinkedIn launched the Global Skilling Initiative to provide job-seekers with free training contents and proposed discounted certifications to close the skills gap in the areas most affected by the crisis.